4. Do the Japanese eat food with their eyes? 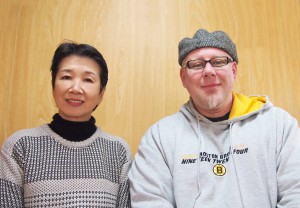 Today’s subject is food display samples. Whenever you go to a restaurant you can see exact copies of their Selections priced in the windows. This was invented in and is particular to Japan. It started in the early 20th century and has a hundred year history. The model must be the exact same size as the original dish on the same plate.

Wax models were originally rented to restaurants at ten times the foods cost and were a big hit. Originally, gelatin molds were used to make a copy of the dish but today a synthetic resin is used to duplicate the menu item, which is then painted the exact colors of the food. Nowadays, the practice has been elevated to an art form with more creative display samples constantly being made. The model must appear lifelike, while maintaining unreality at the same time. It is so-called “expression of a moment” which captures the illusion of reality and movement. The sample is custom-made for each restaurant.

The sample displays are made mainly in Gujyo city in Gifu Prefecture and are a main industry in the region. It has become part of the Japanese Dining Culture.

A university did a study using a Mom and Pop restaurant, asking them to put display food samples out front including rarer items on their menu and then saw how it went. The customers increased by 150% and the rare items were ordered daily. The food display samples are not used in the more expensive restaurants, whose menu changes based on the season and market. Casual restaurants and chain restaurants that maintain the same menu seasonally and annually use the food display replicas in their windows. Appetizing displays with the prices give the customer a clear, safe image of what they will eat and exactly how much it will be. The food display samples also help foreigners avoid making mistakes in ordering dishes. 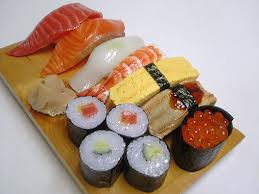 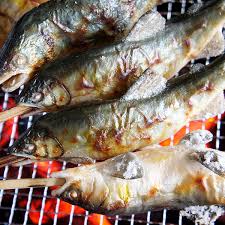 Japanese people like to go to the B1 level of the Department Store where they always sell food. They can be huge floors filled with people, leaving however, the other floors of clothes and perfumes empty customers. This shows the absolute love of a variety of foods that the Japanese people share, so its no wonder that a fake food display industry has blossomed here over the last 100 years.

On these same floors, you can enjoy a full stomach of free samples from a variety of sellers handing out toothpicks with their selection attached. You can try wine and sake!! It’s a very popular place.

Why don’t you give it a try?